Eros is God of love and the goal of Eros Pour Femme campaign was to present that Eros was seduced and to suggest the strength of a woman, stated Donatella VERSACE, who added that photos for the campaign were taken in Pinewood studio in London in water reservoirs where the James Bond movies were filmed. The campaign is signed by photographers Mert Alas and Marcus Piggott. The faces of the campaign are Brian Shimansky, known as advertising face of Eros and Lara Stone, advertising face of Eros Pour Femme who comes out of the water in a white dress and golden gladiator sandals!

The composition of the new perfume for women Eros Pour Femme opens with Sicilian lemon, Calabrian bergamot and pomegranate accords, with a heart of lemon, sambac jasmine absolute, jasmine infusion and peony. The base incorporates sandalwood, ambrox, musk and various woody notes.

There are no reviews yet.

Don’t miss the offer! Click on Shop Now and Enjoy 20% Discount on All Products of these Brands 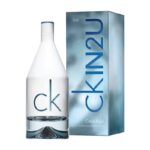 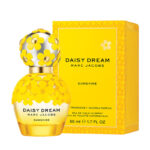 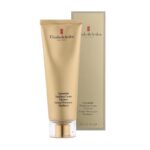 Don’t Miss the offer! Click on Shop Now and Enjoy 10% Discount on All Brands